DRONE CITY explores an urban future, which runs on a network of autarkic, intelligent drones. It is a fictional account of the rising presence of drones in research, media, and urban playgrounds. Grounded in research, DRONE CITY allows visitors to take a glimpse into a future, where drones are sufficiently advanced to support everyday life in cities. To that end, DRONE CITY investigates the interactions that will occur between humans and drones, and how their presence will affect life and social interactions in the city.

This is a collaborative project proposal which is led by Dr Martin Tomitsch.

Four scenarios will be visualized for the POST CITY exhibition that focus on sociability, sustainability, transportation, and recreation in the post city. Each scenario will be represented through a series of interactive large-scale projected video scenes of urban environments with superimposed rendered animations of drones. Visitors will be able to interact with the rendered drones through a mobile app and a depth camera tracking people in front of the video projection. 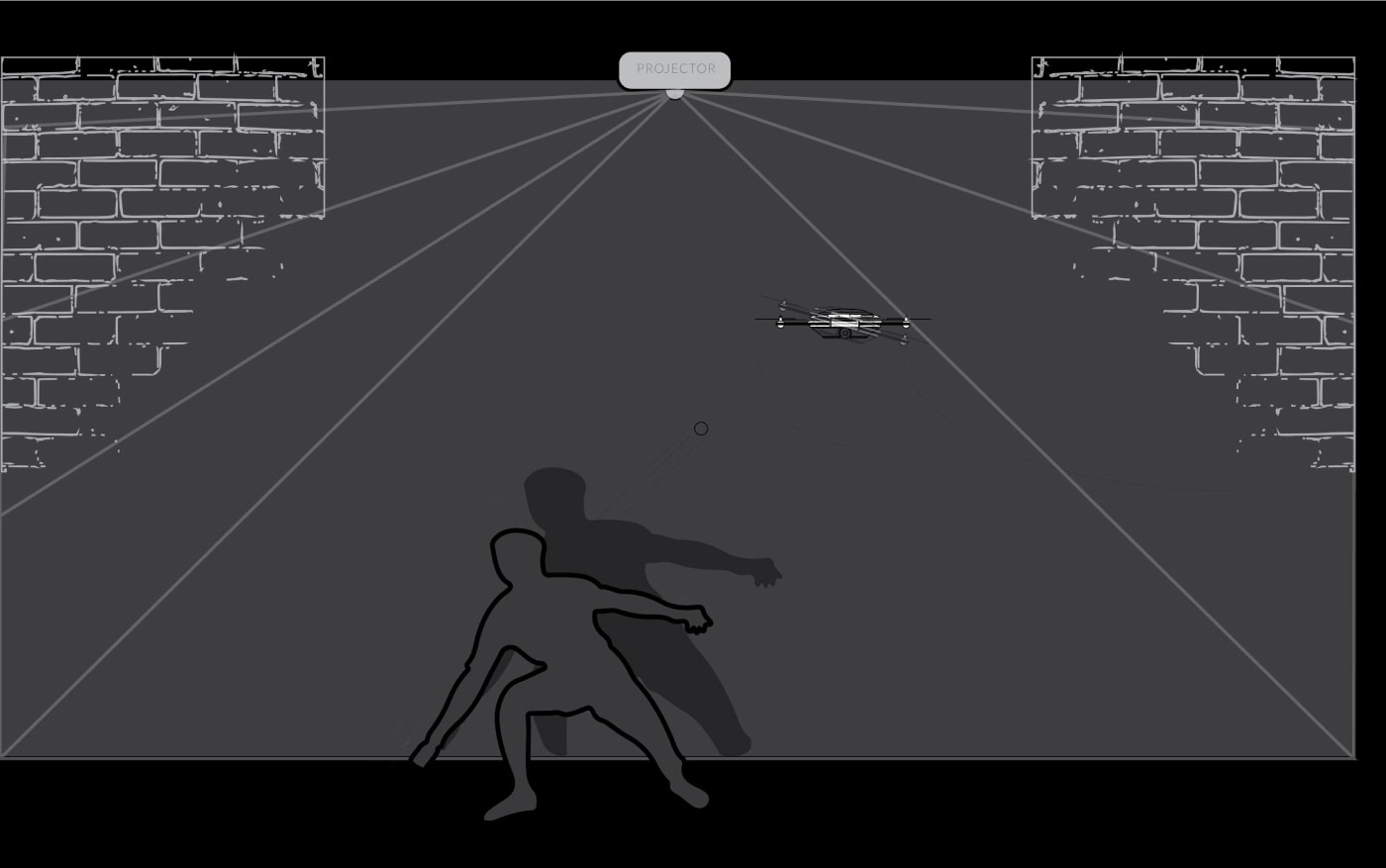 In the recreation scenario, visitors will be able to choose a physical activity via the mobile app, such as running or playing ping pong. Depending on their selection, a drone will descend into the video scene and start engaging with the visitor. For example, the drone will throw a virtual ping pong ball towards the visitor, who can use the mobile device as bat, playing the virtual ball back to the drone. 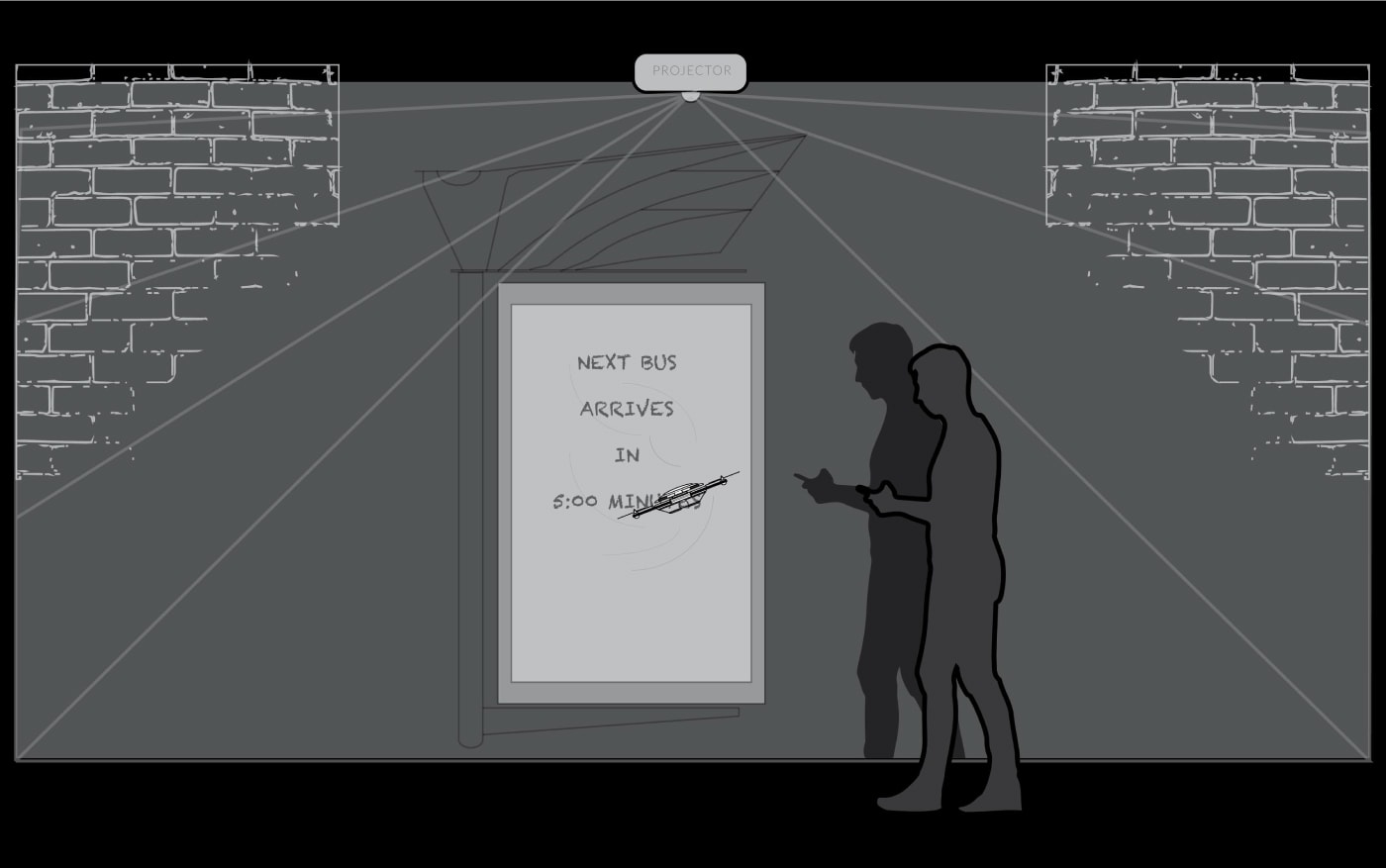 In the transportation scenario, visitors will find themselves within an urban bus stop and can select on their app what bus they are waiting for. A nearby drone will then arrive into the scene to draw the arrival time of the selected bus onto the glass wall of the bus stop with a whiteboard pen, updating the time until arrival in regular intervals, akin to real-time LED displays used at bus stops in some cities. 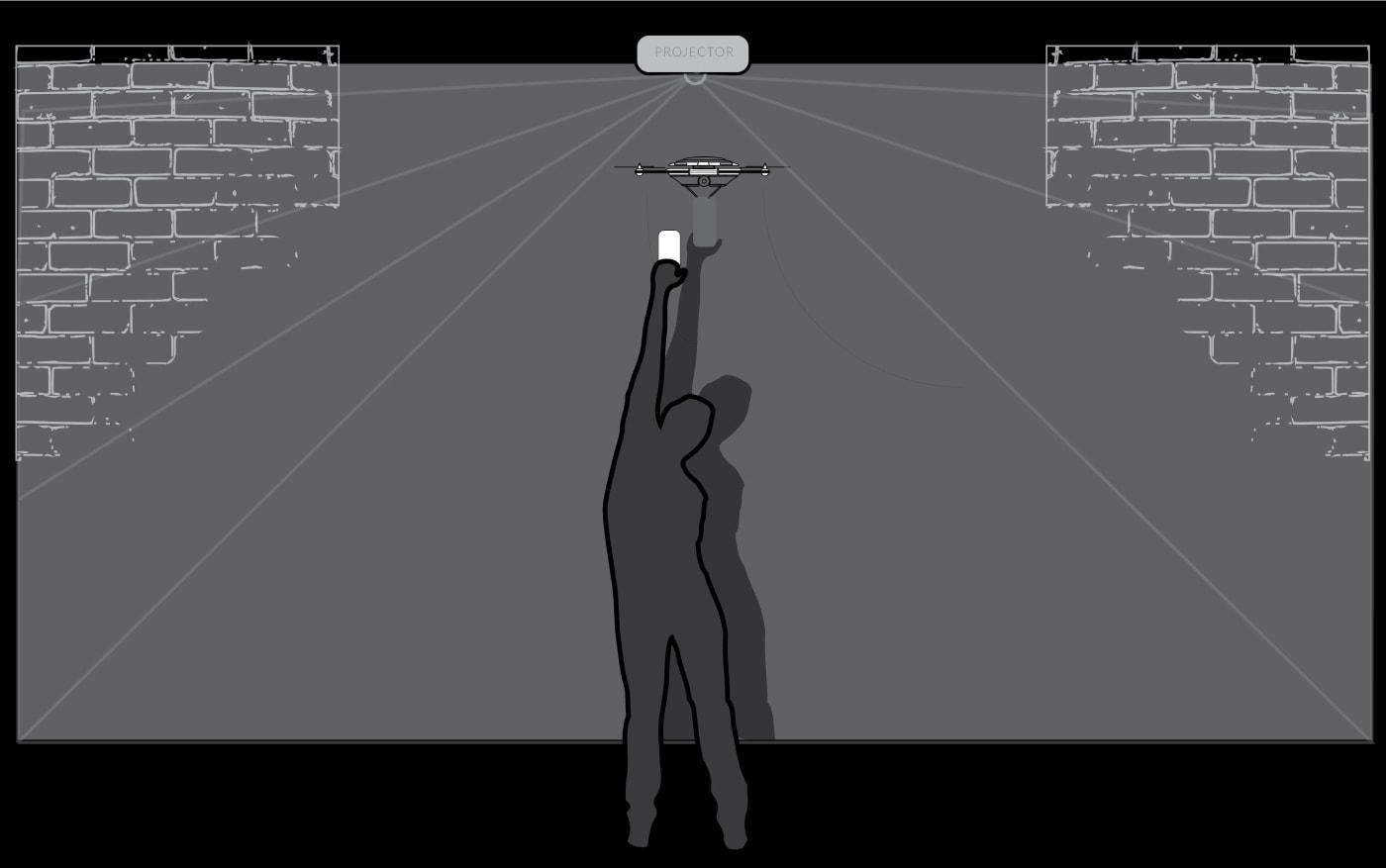 In the sustainability scenarios, drones can be called through the app to pick up recyclable objects, such as batteries or light bulbs, and deliver them to the next recycling station, or to deliver and pick up objects that are part of the ecology of a sharing economy. 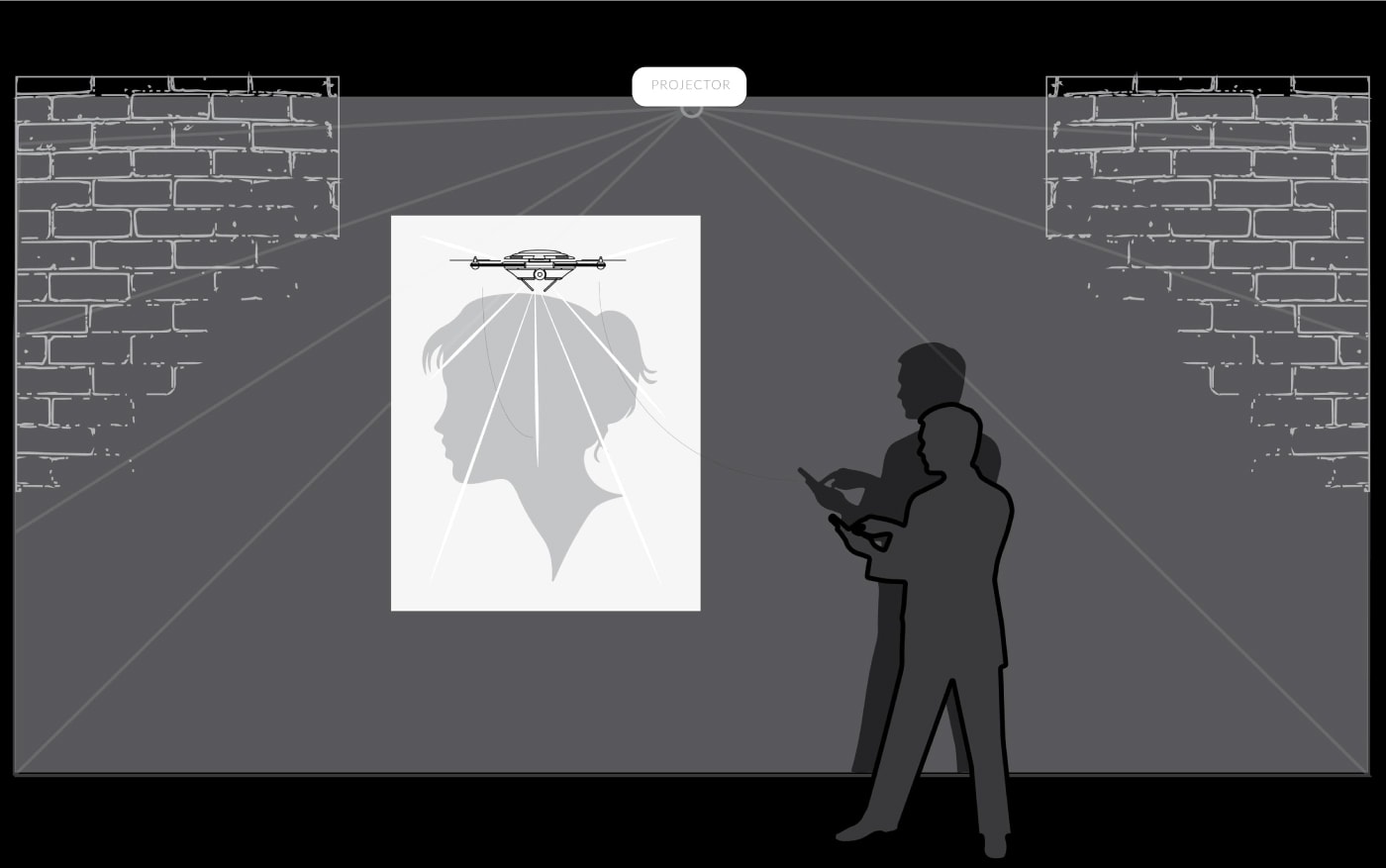 In the sociability scenario, visitors can flick through a Tinder-like app interface to search for people to socialise with based on common interests and proximity; a drone linked to the app will cast live video footage of potential nearby dating matches (represented as actors in the film scene). 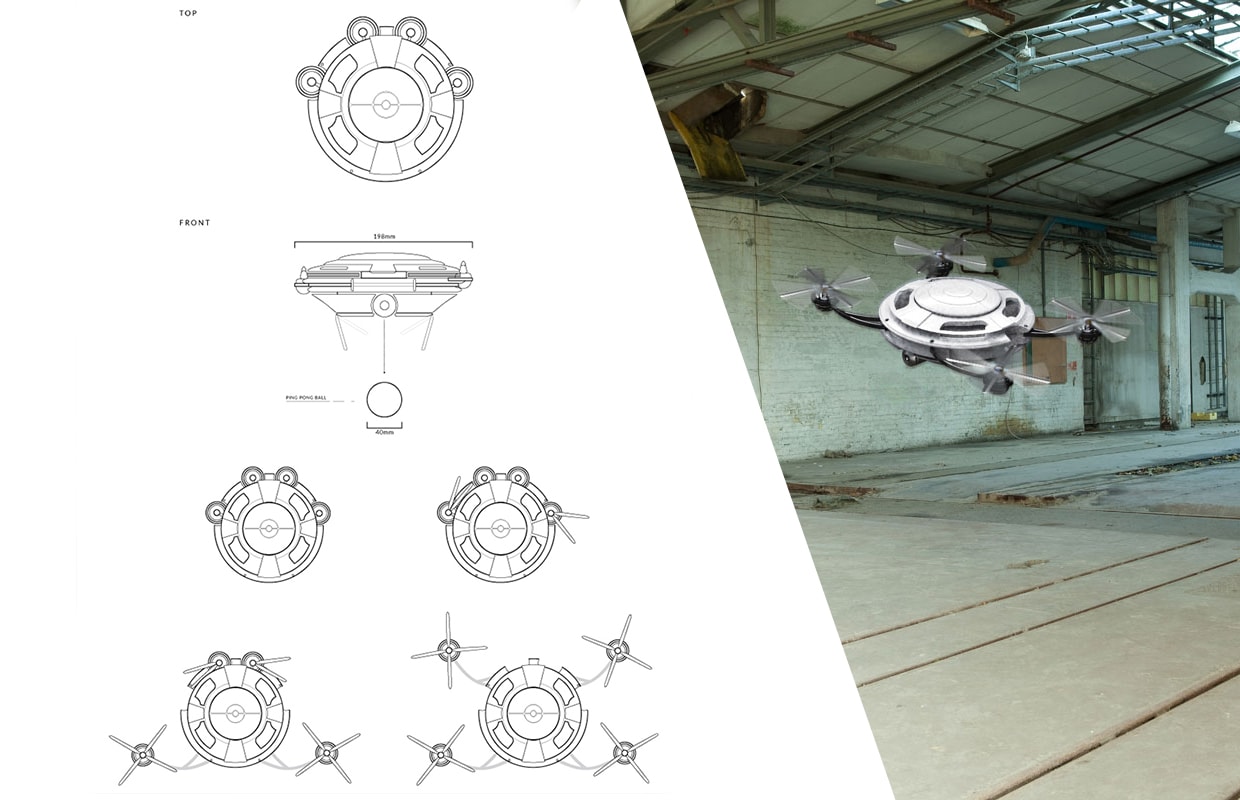 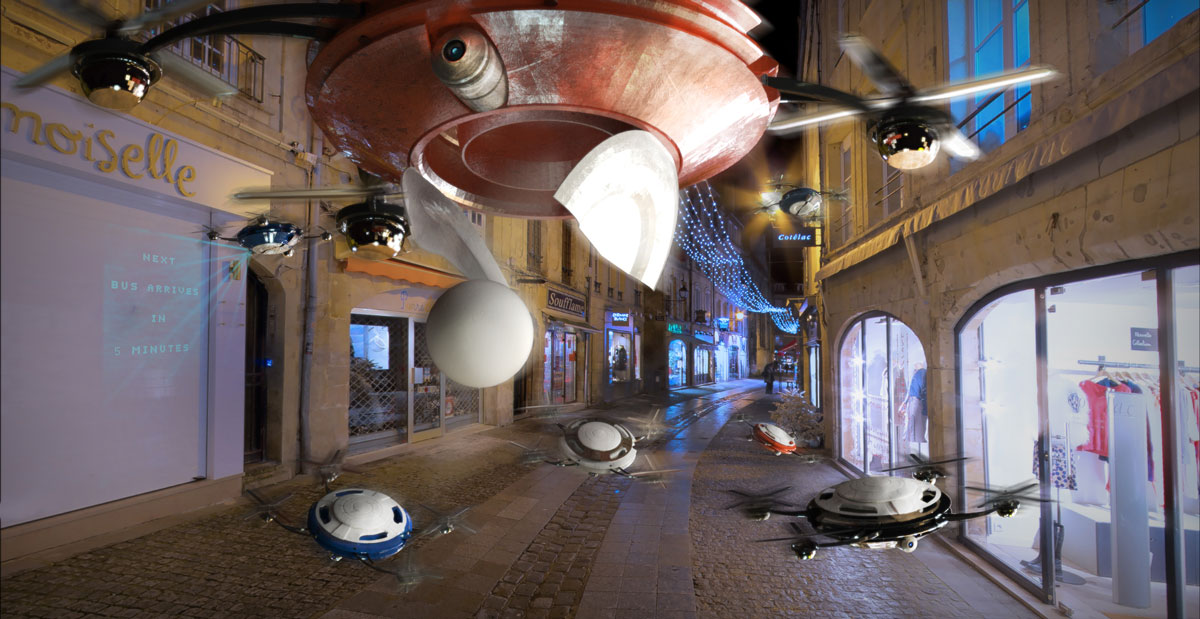 © 2016 This site has been tested with the use of Google Page Insights.